It’s summertime and the living is easy, but what’s not easy is keeping Treasure Cave® cheese both top-of-mind AND on hand during a traditionally slower summer season when everyone’s abandoning their kitchens and cooking less.

Research conducted in the United States shows the favorite months for barbecuing is in June, July and August with some 51 percent of respondents stated that they preferably have barbecues in June.

The foundation of the program was a Thrilling Grilling destination on the Treasure Cave® cheese website for the summer, putting hot tips and recipes right at consumers’ finger tips. Grilling recipes and cooking tips were also promoted in generous portions across Facebook, Instagram, Pinterest and YouTube.

Weber-inspired content included everything from creating multiple heat zones on your grill to tricks to keep bugs away, and a proprietary collection of grilling entrees and summer sides starring Treasure Cave® crumbled Blue, Feta, and Goat cheeses. Videos hosted by Chef Eddie Jackson provided how-to-content to help inspire grillers of all levels from weekend warriors to mesquite masters.

From there, we featured a key retailer, Albertsons for a shopper marketing program to fire up consumers and ignite Treasure Cave® cheese sales with a geo-targeted Thrilling Grilling Instant Win Game & Sweepstakes. Housed on a dedicated microsite and promoted across all of Albertsons’ digital platforms, hundreds of Weber® prizes were won instantly all summer long. And a grand finale sweepstakes in August awarded one lucky winner a premium Weber® gas grill.

With results like these … there’s no question that the Treasure Cave® Thrilling Grilling program was a sizzling success!

Let us craft your next case study.

Reach out today for a free consultation! 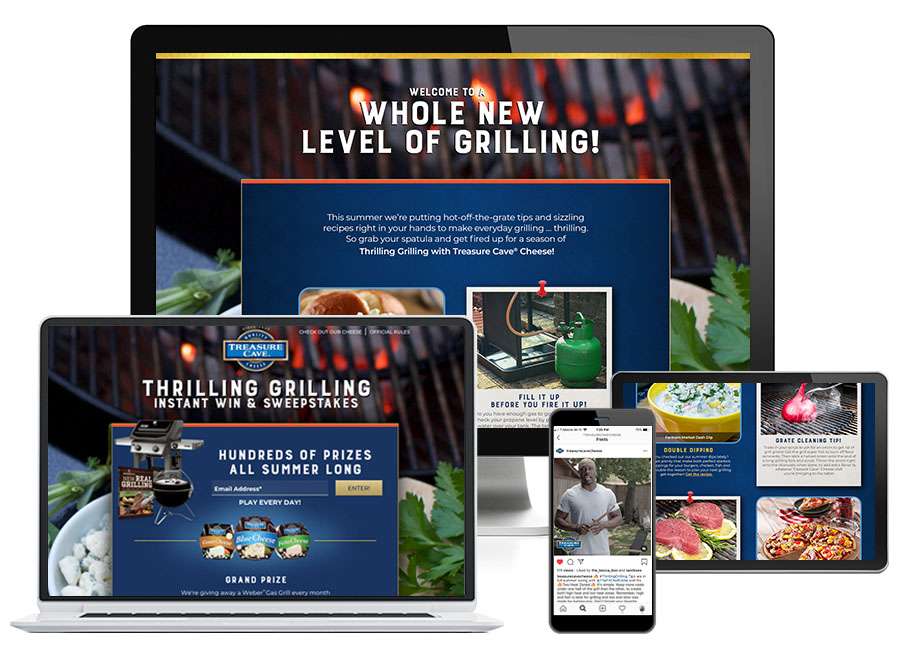 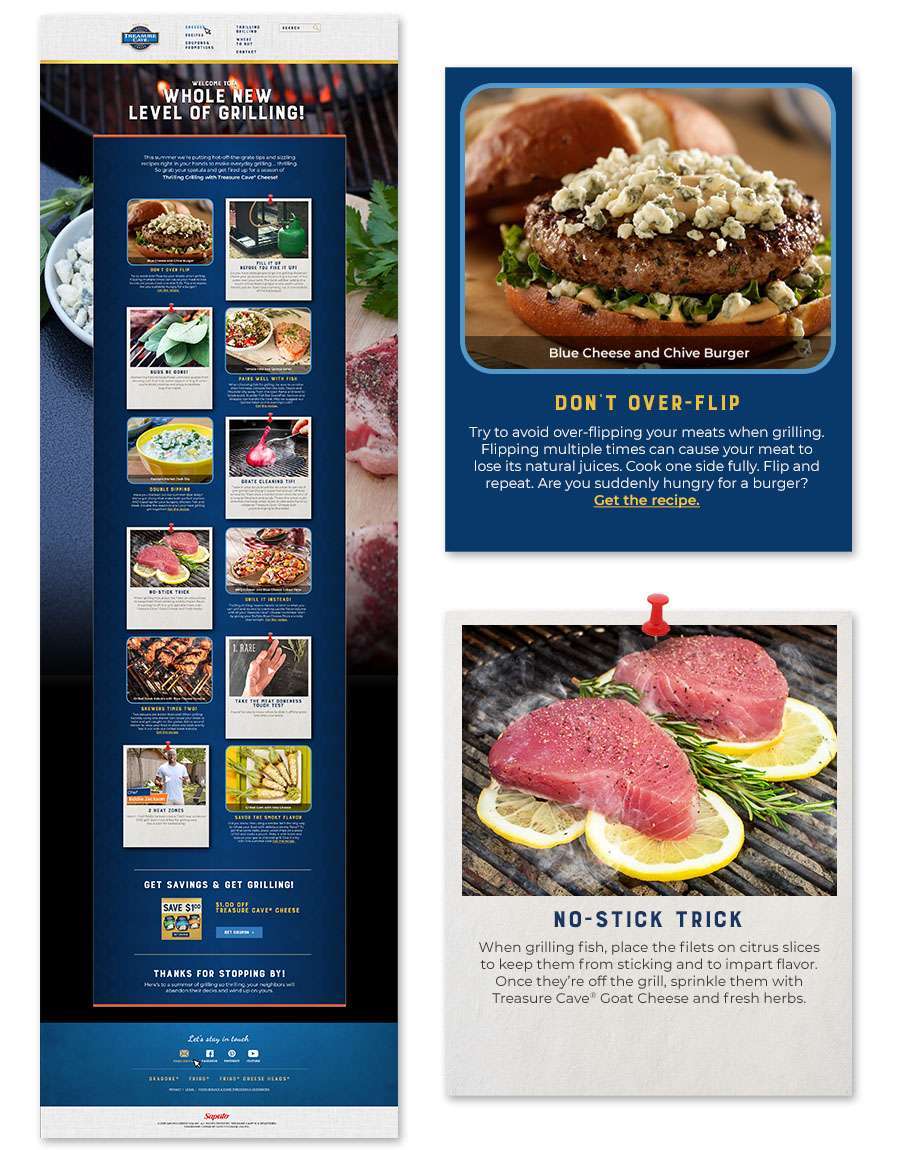 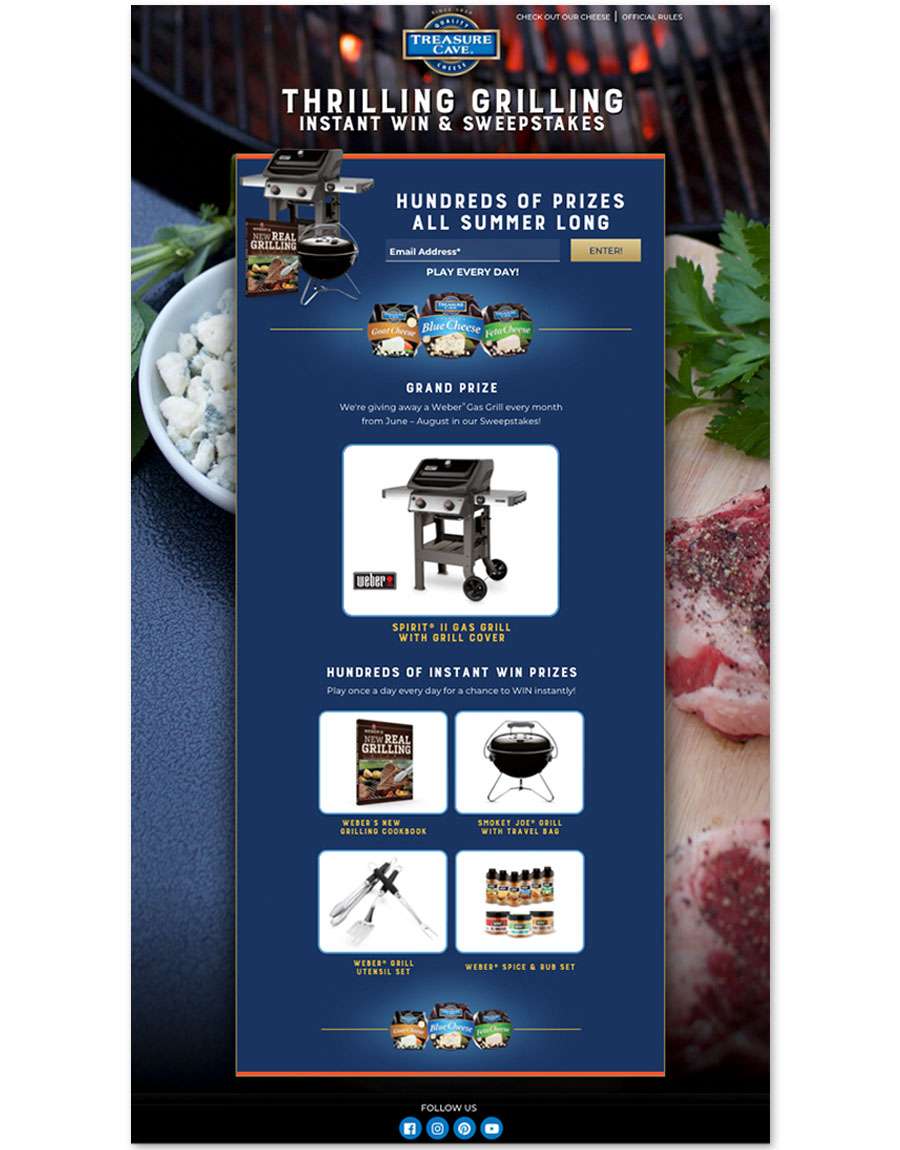