Augmented reality refers to a range of technologies and use cases that overlay digital information on real-world settings. 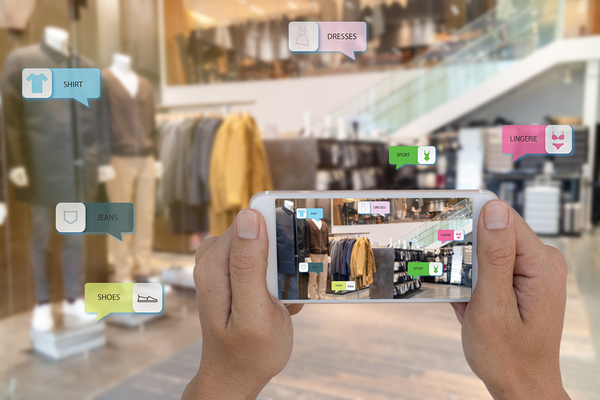 Most people think of it as a concept primarily for game apps like Pokémon Go, where players walk around in their real world and see Pokémon appear on their device screen, ready to be captured. But augmented reality has uses beyond gaming. Some companies use it in personnel training, for example. And a growing number of retailers are using it to augment the shopping experience. Here are some of the ways they’re doing it.

Retail giant Walmart took a cue from Pokémon Go and developed a game called “Jurassic World Alive” as a tie-in to the movie Jurassic World: Fallen Kingdom in 2018. This smartphone game merged augmented reality and location technology to overlay digital dinosaurs onto real-world surroundings, and players could battle using their virtual dinosaurs in real time.

Shopping entered into it because players could gain game rewards by visiting selected Walmart stores to unlock game content. Players who opened the game inside a participating Walmart store were given access to a Walmart-only “supply drop” for the game.

Tying augmented reality to the experience of consuming a product is a bit trickier, but it can be done. London hotel One Aldwych partnered with whisky maker Dalmore to create a virtual reality cocktail in 2017. It allowed patrons to drink their cocktail in London and feel as if they were in Scotland, where the whisky is distilled. 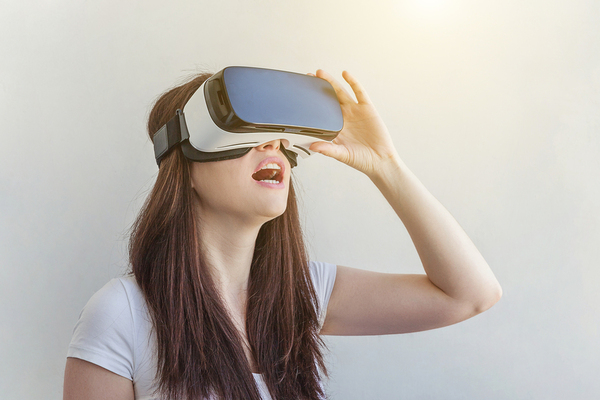 The physical cocktail arrived with a side order of a VR headset customers could wear to virtually “fly” to the distillery, the fields of barley used in the whisky, and even the water source. After their virtual trip to Scotland, the customer virtually descended back into the bar.

Try Before You Buy Furniture, Clothing, and Makeup

“Try before you buy” is perhaps the most common use of augmented reality in retail today. It can be done with products like furniture, clothing, and makeup – things that change the appearance of a person or a place. For example, furniture retailer Wayfair introduced augmented reality into its Android app to allow customers to visualize furniture in their home before making a purchase.

Sephora is one of an increasing number of beauty brands offering smartphone apps and “magic mirrors” in stores that allow people to virtually apply makeup, gaining an idea of what products look like before buying them.

Hat retailer Tenth Street created an app that allows users to use the camera on their phone and virtually try on hats from their collection. Users can even move around and view what the hat looks like from different angles.

As far back as 2011, footwear company Airwalk used augmented reality to create an invisible pop-up store in an actual physical location that customers could go to and use their smartphone to interact with the items for sale. When customers followed directions to the location, up popped a virtual shoe letting them know they were in the right place and could purchase shoes with the app.

A sustainable augmented reality strategy requires considering the ways the technology best suits customers’ needs rather than just using it as “flair.” But as people encounter the technology in games, in the workplace, and in other areas of life, it may come to be expected in the retail environment. Retailers who do the research and find creative ways to augment customers’ reality will have a hand in reshaping retail to better meet customer needs and retailer goals. Hangar12 is at the forefront of CPG marketing strategy and more. Subscribe to our blog to stay up-to-date with our latest insights. 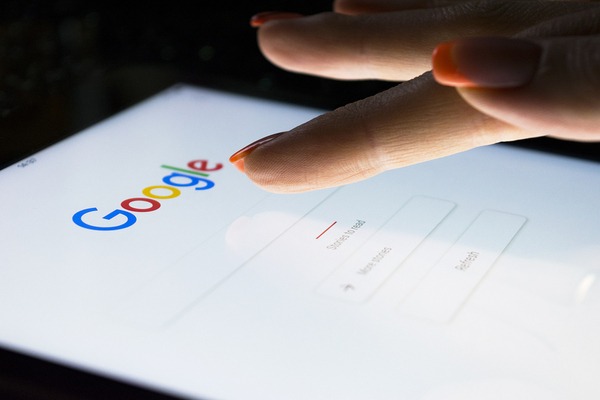 Visual Search 101: A Quick Guide to This Growing Technology