The holiday season is usually a high point for CPG marketing. Consumers tend to buy more items during that time than any other point of the year. Marketers know this and work to get their attention and their dollars.

Here are some examples of top CPG holiday marketing campaigns and CPG marketing tactics they used to increase engagement, boost sales, and make their holiday season as merry as possible.

Coca-Cola's Christmas ad for 2020 featured a dad who vows to take his daughter's letter to Santa. He climbs mountains, treks over snowy terrain, and finally gets to Santa's house, which has a sign saying, "Closed for Christmas." Just then, Santa arrives in a Coca-Cola-branded truck to fulfill his daughter's wish... For dad to be home for Christmas. Who wouldn't want to drink a Coke at Christmas following that epic journey?

Lagavulin whiskey put out a 45-minute video using actor Nick Offerman in which he sits by a fire drinking whiskey and looking at the camera, saying nothing. The idea was for people to substitute that video for the traditional yule log video typically used as a backdrop for many people's celebrations. Since the first video was released, a longer, ten-hour version has been added. It's a perfect way to nudge consumers toward buying the whiskey as part of their holiday celebrations by incorporating a giveaway with influencer marketing.

You might not think about drinking Kool-Aid at Christmas, but maybe you would if you saw the full-length music video featuring Lil John, the Kool-Aid man, and Santa dancing and rapping about it. The use of influencer marketing helps to establish Kool-Aid's CPG brand voice as, well, cool enough to drink at all your holiday parties.

Mariah Carey's iconic "All I Want for Christmas is You" has almost become a Christmas cliché. She lends the popularity of her song to Walkers Crisps (chips) in an ad that is both humorous and a great example of influencer marketing. Carey has to sing a high note to get an elf to let go of her Walkers chips. Perhaps they're all she wanted for Christmas that year.

Bombas combines value with its signature social responsibility to offer a holiday pack of socks at special pricing. For each pair of socks consumers buy, another pair gets donated to someone in need around the world. The socks are out of this world comfortable, making it an easy choice for gifting or to go with a perfect holiday outfit.

Glossier, a cosmetics company that has been featured on the Today Show, let consumers know that Black Friday is the only day all year when they can get the products on sale. Special pricing and limited time offers are two of the best ways to encourage consumers to buy now.

Which of these CPG marketing methods could your brand use in its next holiday campaign? For more great CPG marketing ideas,  subscribe to the Hangar-12 blog. 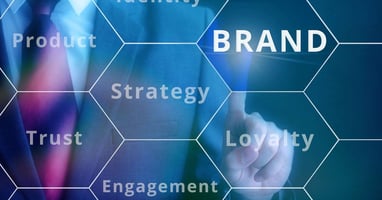 Consumer Engagement Trends to Monitor in 2023 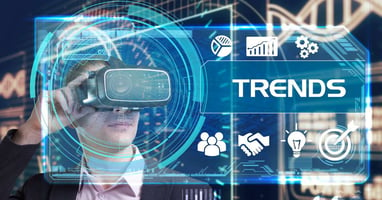